Forward Head Posture How It Affects Your Life

“For every inch of Forward Head Posture, it can increase the weight of the head on the spine by an additional 10 pounds.” -Kapandji, Physiology of Joints, Vol. 3 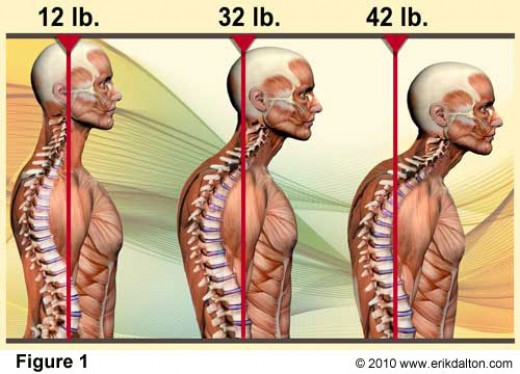 It’s not uncommon to have patients walk into your office sporting a 12 pound head that’s migrated three inches forward of their shoulders. You know prior to palpation that their cervical extensors (semispinalis, splenii, longissimus and upper traps) are in a losing battle attempting to isometrically restrain 42 pounds against the unrelenting force of gravity (Figure 1).

Rene Cailliet M.D., former director of the department of physical medicine and rehabilitation at the University of Southern California wrote:

Head in forward posture can add up to thirty pounds of abnormal leverage on the cervical spine. This can pull the entire spine out of alignment.

Forward head posture (FHP) may result in the loss of 30% of vital lung capacity. These breath-related effects are primarily due to the loss of the cervical lordosis which blocks the action of the hyoid muscles, especially the inferior hyoid responsible for helping lift the first rib during inhalation.

Cailliet also states: “Most attempts to correct posture are directed toward the spine, shoulders and pelvis. All are important, but, head position takes precedence over all others. The body follows the head. Therefore, the entire body is best aligned by first restoring proper functional alignment to the head”. 1

In fact, the January, 2004 issue of the American Journal of Pain Management reported on the relationship of poor posture and chronic pain conditions including low back pain, neck related headaches, and stress-related illnesses. “The extra pressure imposed on the neck from poor posture flattens the normal cervical curve resulting in abnormal strain on muscles, ligaments, fascia and bones.”2 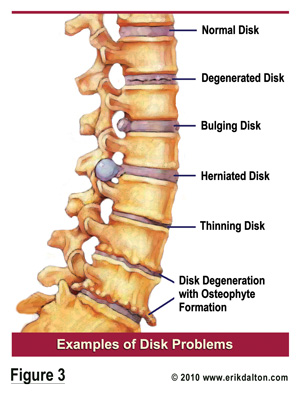 It appears posture impacts and modulates all bodily functions from breathing to hormonal production. Spinal pain, headache, mood, blood pressure, pulse and lung capacity are among the many conditions influenced by faulty posture.

“90% of the stimulation and nutrition to the brain is generated by the movement of the spine” Dr. Roger Sperry, (Nobel Prize Recipient for Brain Research)

Additionally, Dr Roger Sperry demonstrated that 90% of the brain’s energy output is used in relating the physical body to gravity. Only 10% has to do with thinking, metabolism, and healing.4

The March 2000 Mayo Clinic Health Letter expounded on Sperry’s findings by reporting that prolonged FHP also leads to “myospasm, disc herniations, arthritis and pinched nerves.” Degenerative neck pain goes hand-in-hand with balance problems especially in the elderly. Sensitive cervical spine mechanoreceptors govern the body’s ability to balance and must be perfectly coordinated with the inner ear’s vestibular balance system to stabilize equilibrium in both static posture and gait. Keeping the eyes looking forward is a basic life-preserving reflex, and as such, dominates nearly all other postural considerations. Proprioceptive signals from the first 4 cervical vertebrae are a major source of stimuli for regulating the body’s pain-controlling chemicals (endorphins). FHP dramatically reduces endorphin production by limiting the cervical spine’s range of motion. Inadequate endorphin production up-regulates the central nervous system causing non painful sensations to be experienced as pain.

As one of the most prevalent postural deviations FHP is as simple as it sounds.  The majority of Americans now have some type of electronic device and spend too much time with their head forward of where it should be.

The most important factor in avoiding and correcting postural deviations is education and awareness.  Chiropractic adjustments, strengthening/stretching exercises, and proprioceptive retraining are key factors and must be addressed too.  My job is to work with you on each level; adjust, education and improving health and overall well-being.